One of the most widely known landmarks in Doha, the spiral-shaped Fanar building is centrally located near Souq Waqif and the Museum of Islamic Art.  It can be seen from a distance, especially in the evenings when its lighting accentuates the unique design of this beautifully unique piece of architecture. Fanar was once the largest mosque in the country.

While it remains a functioning mosque, Fanar also hosts religious, education-related and social activities. At the cultural centre visitors can enjoy traditional coffee and learn about the Qatari lifestyle, the country’s heritage and culture. 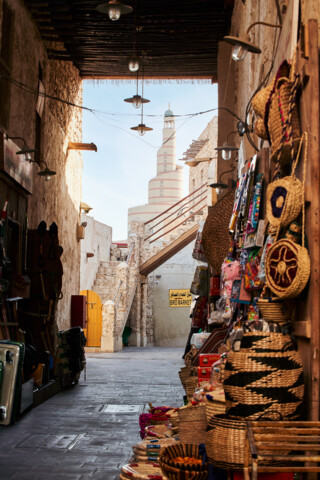 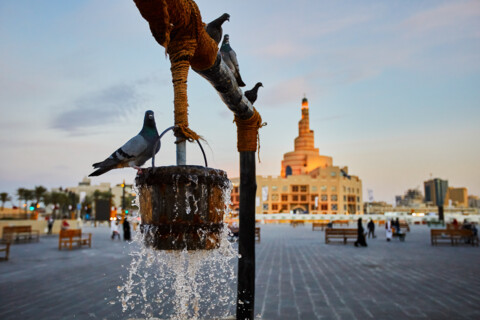 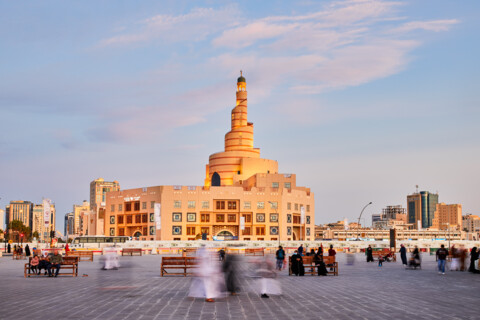 The Fanar Centre is named after Sheikh Abdulla Bin Zaid Al Mahmoud Islamic Cultural Centre, a scholar and founder of Qatar’s judicial system. Sheikh Abdulla’s many achievements, including his position as Supreme Court Judge in Qatar, are celebrated with this naming. However, it is commonly known as Fanar or sometimes the spiral mosque.

It hosts a variety of activities including classes, exhibitions and tours. Non-Muslim visitors can attend Friday prayers conducted in English. Staff are more than willing to explain mosque etiquette and courses in the Islamic faith as well in Arabic are available. 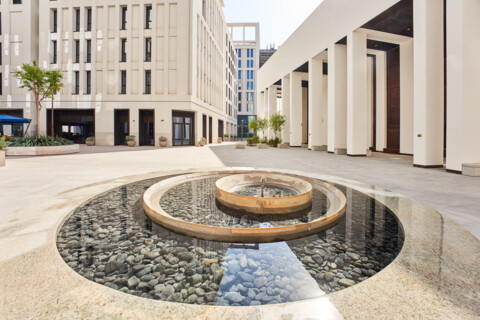